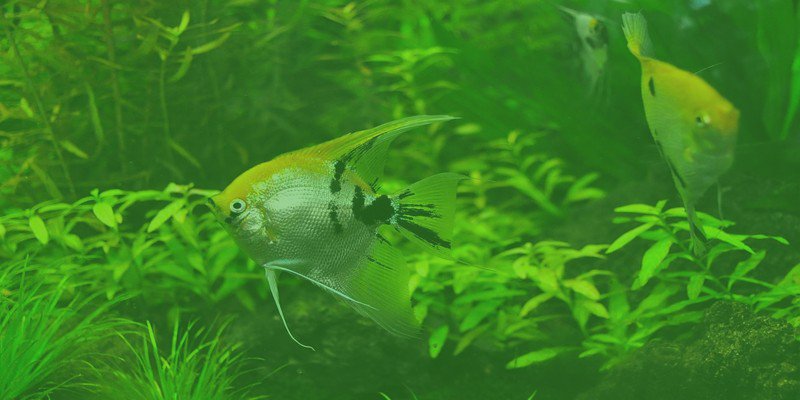 Once in a while, you may notice your fish tank turned to the color green. Most aquarium owners would start to panic and wondering what they did wrong.  Everyone knows a healthy fish tank is clear in color, but when it turns green, you’ll start to wonder why.

While the green color of the water looks terrible, it doesn’t harm the fish.

Contents hide
1 What Is The Cause Of Green Water
2 Possible Treatments For Green Water
2.1 The Blackout Technique
2.2 Add Daphnia To Your Tank
2.3 Diatom / Micron Filter
2.4 UV Sterilizer
3 How To Prevent Green Water In The Future
3.1 Avoid Direct Sunlight
3.2 Avoid Overfeeding The Fish
3.3 Avoid Overstocking The Aquarium
3.4 Do Regular Aquarium Water Changes
3.5 Use UV Sterilizer
4 Conclusion

What Is The Cause Of Green Water

Aquarium water turning green can happen quickly. This is also called an algae-bloom. Once the algae-bloom starts, usually within a couple of days, the entire fish tank will be green. It could reach the point where you won’t be able to see anything in the tank. When this happens, most people will wonder what causes it.

The main factor affecting the water to turn green has to do with lights. A fish tank that has bright lighting or in direct sunlight tend to have green water issues. Algae like other plants need photosynthesis to thrive and why exposure to lights makes them bloom.

There are a lot of products on the market that you can use to treat green water. However, most will probably do more harm than good to the fish tank.

Instead of green water products, you can try some other method as described below which is much safer.

The first treatment to try to get rid of algae is to use the blackout technique. This technique is quite popular among aquarium owners because it’s natural and doesn’t involve any chemical treatment.

After a couple of days, take a net and scoop out the dead algae floating. Make sure to scoop them at least once a day. Also, make sure to check the filter to make sure it isn’t clogged with dead algae. If it is, take out the filter and rinse water until it’s clean. Avoid buying a new filter as you’ll probably end up clogging it with dead algae within a couple of days again. Once the algae are completely removed from the fish tank, then you can install a new filter.

Depending on how much algae is in the water, it may take anywhere from a couple of days to even weeks to get rid of the algae.

Add Daphnia To Your Tank

The second treatment to get rid of algae is to add daphnia in the fish tank. Daphnia will consume algae quickly because it’s their favorite food to eat.

However, with daphnia, it’s also highly nutritious food for fish to feast off as well. Fish love to eat daphnia, especially fish fry. For that reason, if you have a lot of fish fry in the fish tank, it’s best to remove them temporarily to another tank while you add daphnia to take care of the algae problem.

To help the fish tank get rid of algae much quicker, you can try to use a diatom filter. This filter isn’t like the regular filter that you use every day in the aquarium filter. Diatom filter is designed for super fine mechanical filtration. The mesh of the filter is so small that it will trap the smallest of particles which includes green algae.

However, with this filter, it’s not made for long-term usage. Its usage is recommended after each water change. Since you are trying to get rid of algae, using a diatom filter is fine.

When using a diatom filter, use it for a couple of days and switch back to the regular filter. Keep doing this until the water is clear of algae.

If you want the fish tank rid of algae quicker, use a diatom filter along with the blackout technique.

If after trying a lot of treatment already and nothing seems to work, the UV sterilizer might be your best hope. It kills the algae fast, usually within 48 hours once the UV treatment starts.

One product I recommend is the AA aquarium green killing machine, which you can find on Amazon. From the reviews on the product, these products seem to handle the green water problem quickly.

How To Prevent Green Water In The Future

Prevention is key to avoid your fish tank from turning green. Algae exist in the aquarium no matter how clean the tank it. They just need the right condition to start blooming. Below are some tips that you can use to prevent them from happening in the future.

It’s better to feed the fish a little bit of food at a time than pouring a lot of food into the aquarium.  Most aquarists recommend feeding the fish as much as they can eat within 5 minutes.  If the fish still seem to be hungry, add more fish food to the aquarium.  Again, give them enough food that they can eat within 5 minutes.  This is to avoid uneaten food from sinking to the bottom.

When there are too many fish in the aquarium, it will lead to a high amount of ammonia level.  Ammonia is caused by fish waste and when there is excessive fish waste in the water, the ammonia level will go up.

A regular water change is needed to ensure the aquarium is healthy for the fish.  This helps remove nitrates and phosphates from the water. Both of these promote the growth of algae, which will lead to the fish tank turning green. By changing the water regularly, nitrate and phosphate levels will be lower.

The frequency of the water change will vary somewhat, depending on many factors. For smaller tanks that are heavily stocked, it will require frequent water changes. On the other hand, larger tanks with a small amount of fish won’t require much water changing.

It’s recommended to change the aquarium water of between 10 to 15 percent of the water each week. For a tank with a lot of fish, you should increase it to 20 percent each week.

For a tank that has a small amount of fish, you can get by for two weeks, but that should be the maximum length of time between water changes. Any longer could cause the nitrates and phosphates level to rise.

UV Sterilizer is primarily used to kill bacteria, parasites, and viruses in the water.  It’s not used often because it kills the good bacteria as well, which is needed to keep the aquarium environment healthy.  Good bacteria help break down fish wastes and other toxins in the water.

If you have an algae problem that keeps occurring often in your fish tank, using UV sterilizer will help prevent algae from starting.

It’s best to use UV sterilizer once a week to keep the algae from forming and to prevent good bacteria from being killed.

While a green fish tank won’t kill the fish, it doesn’t look too appealing.  Algae bloom is usually the cause for turning the fish tank green so it’s important to prevent it from happening.  Regular maintenance and general fish care are all that is needed to prevent your fish tank from turning green. 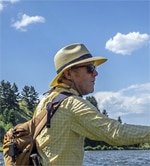